Everything you wanted to know about ACD Method trading and more...

Mark Fisher's passion for trading began at a very early age.  At the age of 12, he landed his first job as a runner on the floor of Commodity Exchange.  While attending University of Pennsylvania’s Wharton School of Business, Mark Fisher moonlighted as an independent member of New York’s COMEX.  At the age of twenty-one, he was the youngest ever to trade in the silver futures pit.

While attending college, Mark started researching ways to improve his trading.  Combining the ideas from his academic research and his real world trading experience, Mark Fisher developed the principals for his ACD Methodology.

As long as there is sufficient volatility and liquidity in the market, you can use the aggressive nature of ACD trading style to maximize position size while minimizing your risk.

The principals of the ACD Method are well suited for the aggression that is required when the market is in disequilibrium. 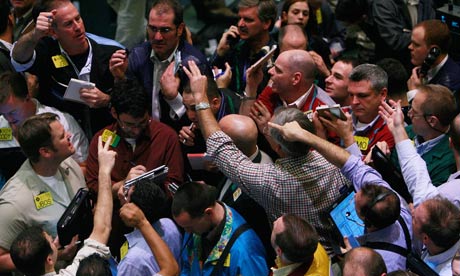 I like to use the ACD Methodology when the market is in Vertical Development.  It switches me over from a passive nature of fading the market used in Market Profile trading to an aggressive nature of hitting the bids or lifting the offers.  Instead of waiting for the market to come to me, I go to it.

There are three common mistakes that I seen with new ACD practitioners.  The first is that they apply ACD Methods all the time.  You cannot do this.  You only want to switch over to the ACD Method when the market is trending.  Otherwise, you will be frustrated with your stop losses.  The second mistake is that they use the opening range as a trigger price to enter a trade.  They write simple computer codes like when price breaks the opening range high, buy it or when price breaks the opening range low, sell it.  Don't use it that way.  Use it as a way to set your bias for your trading, not as a buy/sell entry point.  The third mistake is not knowing where you are wrong before you enter a trade.

The following are five ACD rules:
1. Plot point A’s and C’s as points of reference.
2. Lean against these reference points as you execute your trades.
3. Maximize your size when the trading scenario is favorable.  At all times, minimize your risk.
4. Know where you are getting out if you’re wrong.
5. If you can answer 4, you will trade with confidence.

A-Down
A price level set at a specific number of ticks away from the opening range that is determined by the A values for a particular stock or commodity below the bottom of the opening range. This is an entry level to establish a short bias.

A-Up
A price level set at a specific number of ticks away from the opening range that is determined by the A values for a particular stock or commodity above the top of the opening range. This is an entry level to establish a long bias.

ACD Opening Range
For the most part, it is a time frame based on an opening of a given market.  It is used as an area of reference throughout the day.  However, ACD Opening Range is not a static time frame.  The trading action dictates when a opening range is to be established for the day.  For example, if your normal opening range starts at 9:30am ET, you must adjust it to start at 8:30am ET on the days Unemployment Report comes out.  The Opening Range time frame is not static.  It should move according to where traders are coming into the market.  The Opening Range can be moved to an earlier time like on Unemployment Report days or it can be move to a later time on FOMC Meeting Days where the Opening Range starts at 2:15pm ET.  This is when traders comes into the market to establish their positions.

C-Down
A price level set at a specific number of ticks away from the opening range for a particular stock or commodity below the bottom of the opening range. This is an entry level to establish a short bias. A C-Down can be made only if the market has previously had a confirmed A-Up.

C-Up
A price level set at a specific number of ticks away from the opening range for a particular stock or commodity above the opening range. This is an entry level to establish a long bias. A C-Up can be made only if the market has previously had a confirmed A-Down.

Failed C against the pivot
A failed C against the pivot generally occurs under highly volatile market conditions. The market attempts to reverse its bias at Point C, but runs directly into the meat of the market from the previous trading session, otherwise known as the daily pivot range. The market snaps like a rubber band off this area and reverses back towards the opening range, providing the trader with a clear point of reference at the failed C level.

Fear and greed
Fear and greed are the two key ingredients that every trader needs to possess in the right combination in order to be successful. A trader must be greedy and willing to press winning trades and maximize market opportunities.

Goods news/ bad action
A classic trading scenario that allows the trader to combine the ACD system with market psychology. This setup requires an anticipated directional move by the market based on new fundamental developments. However, for reasons that bewilder most traders, the market fails to technically respond to that news in the anticipated direction.

Late-day Point C pivot trade
This is the Rolls Royce of all ACD system trading scenarios. This setup’s high probability of success, coupled with its very low risk, make it extremely attractive. The trade works best if it occurs late in the day, trapping speculators who feel they must liquidate by the close.

Maximize size, minimize risk
The concept of maximizing size and minimizing risk is a vital ingredient to any successful trading strategy. The ACD methodology applies this concept in identifying trading scenarios that utilize low-risk reference areas such as the opening range, pivot range, and other ACD areas.

Momentum
This macro ACD indicator can be utilized by longer-term traders to help them identify when to exit trades. In the ACD system, momentum is used to clearly show who the winners and losers are in a market over a specific period of time. This ACD tool compares the close of the market today in relation to its close eight days ago to determine whether the shorts or the longs have the upper hand.

Number line
The main purpose of the number line is to identify a potentially developing trend. That generally occurs when the cumulative sum of the past 30 trading days based on macro ACD goes from a 0 to a +/- 9, a level it must maintain for two consecutive trading days in order to be considered significant.  A much simpler approach that I use is counting the number of support and resistance levels.  When the market continues to go up, you see the number of support levels increase and the number of previous resistance levels decrease or become non-existent.  You can count that as your number line.

Point D
Point D is the price at which your bias shifts to neutral and is your stop after the market has already established a C in one direction. Once Point D has been hit, the trader has been chopped up enough for the day and should walk away from the market for the rest of the trading day.

Points of reference
The cornerstone of ACD is the concept of where to get out if you are wrong. ACD provides traders with reference levels to lean against to minimize their trading risk.

Sentiment divergence
This ACD setup relies upon divergences occurring between market price action and human sentiment. This trade tries to catch traders who don’t believe in recent market price behavior and who have faded the recent move. This setup alerts the trader if the market gaps away from these traders and tries to capitalize on the ensuing panic liquidation that inevitably takes place.

Time factor
In trading, time is actually a much more important variable than price. When determining whether you have made a good A-Up or a good A-Down, it is much more important how much time the market spends at that level than at what price it trades. Unsuccessful traders tend to rely too much on price and not enough on time when entering or exiting the market.

If you like this page and you are feeling generous, please give credit for the source with a link back to this page.  Help others find the valuable resource available here.

[an error occurred while processing this directive]